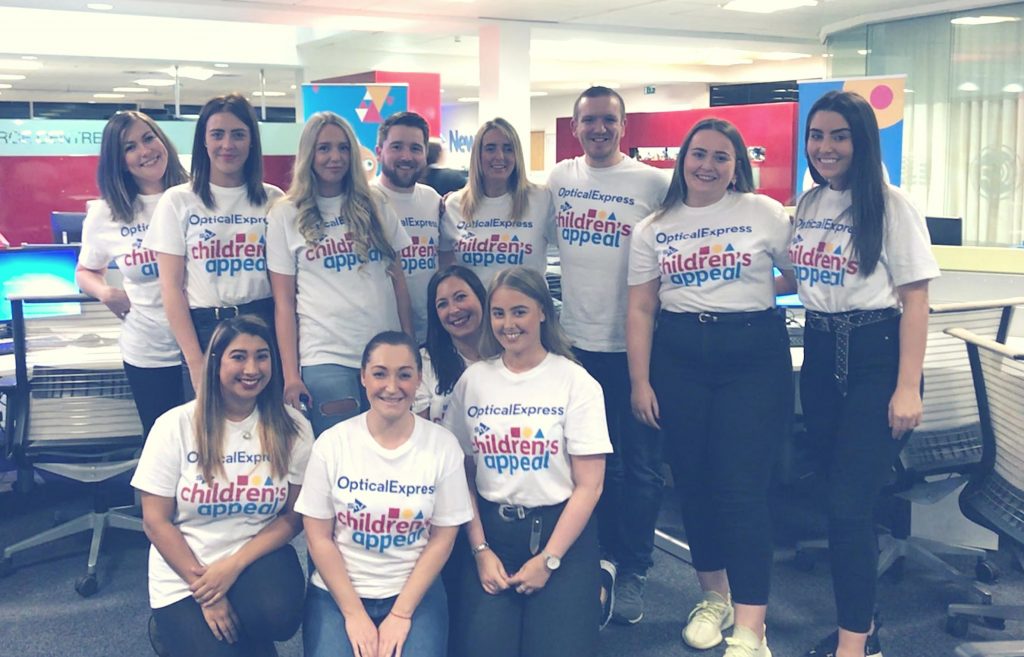 The UK’s only complete eye care provider, Optical Express, has helped support the STV Children’s Appeal for its seventh year running by donating the use of its contact centre and having staff raise funds across its Scottish network of clinics.

The STV Children’s Appeal was set up in 2011 to help the 1 in 4 children in Scotland living in poverty. That’s over 200,000 young people who suffer from a lack of practical help such as heating and food and social and emotional support networks. In its first seven years, the Appeal has raised over £16.3 million which has directly provided support to 67,000 children through donations to 964 services across all 32 local authority areas in Scotland.

Optical Express has been proud to support the Appeal in raising the funds by annually donating the use of its contact centre where staff work voluntarily to field donation calls. The company also encourages fundraising across its Scottish clinics by holding events locally such as bake sales and dress up days.

Elizabeth Partyka from STV Children’s Appeal said, “Having the extended support of Optical Express and its colleagues over the past seven years has been incredible and their help has made a difference to so many children’s lives in Scotland.

We would like to offer the team at Optical Express a massive thank you for their continued help and support, it really does make a difference in what we’re trying to do at the STV Children’s Appeal.”

Chairman and CEO at Optical Express, David Moulsdale, also said: “As a business whose roots are embedded in Scotland, I couldn’t be any more proud that our amazing team here in Glasgow and across Scotland give so much in order to support the STV Children’s Appeal. It’s such a deserving charity that helps provide our young people with practical and emotional support, allowing them to get more out of life.”

Find out more about our continued commitment to corporate social responsibility.